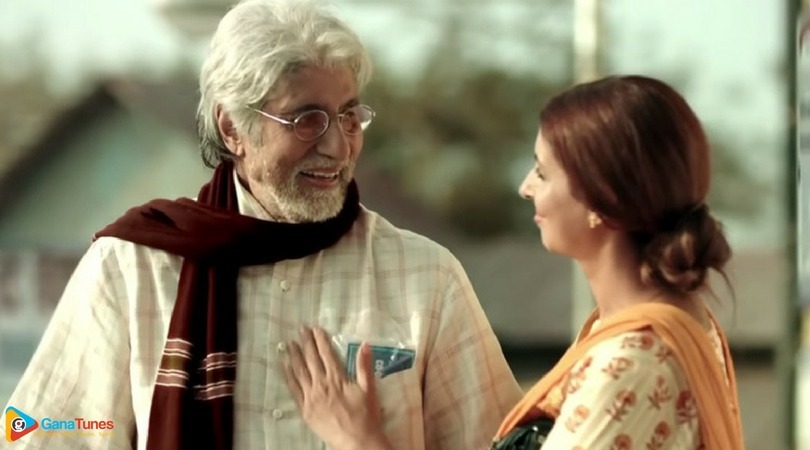 Bollywood’s Shenshah Amitabh Bachchan is now again in the news but for all the wrong reasons and this time his daughter Shweta Bachchan Nanda is too criticized for featuring in Kerala-based jewellery chain that has come under attack from a bank union which has termed it “disgusting” and has created distrust in the banking system.

All India Bank Officers’ Confederation, an organisation which claims to to have membership of around 3,20,000 officers has threatened to sue Kalyan Jewellers and has even accused it of “casting aspersion and hurting the sentiments of millions of personnel” via advertisements.

ALSO SEE: Happy Birthday Priyanka Chopra: 5 Moments Which Prove That She Is Enjoying The Best Phase Of Her Life

AIBOC general secretary Soumya Datta has even stated that the theme, tone and tenor of the ad were “disgusting, derogatory and has even created distrust in the banking system, for pure commercial gain.”

Further, Kalyan Jewellers has now rejected the allegation and said that it was “pure fiction.” In a letter to Datta, Kalyan jewellers said, “We understand that your esteemed association feels that the bankers have been portrayed in bad light. We state it on record that it is a pure fiction and at no point we have intended to generalize the bank officers at large.”

Further, it said, “Please accept our unconditional disclaimer for the same. We shall within three working days from today add characters and situations depicted are fictional.”

“Please accept our unconditional disclaimer for the same. We shall within three working days from today add characters and situations depicted are fictional. The brand does not intend to disrespect or malign any person or community’ before the advertisement,” it added.

In the advertisement, Big B is seen playing the role of an old man while Shweta is his daughter.

In the ad, Bachchan is among those persons who has high level of integrity and honesty who is visiting a bank branch along with his daughter to return the extra amount of money which is credited in his pension account along with his bitter encounter with bank employees in the process.

Datta said, “The advertisement portrays banks in bad light, casting aspersion, hurting the sentiment of millions of personnel, stakeholders and is a direct attempt to ruin the trust and confidence of billions of citizenries in banks.”

Yesterday, Mr. Amitabh Bachchan had shared the video of the ad and  wrote, “Emotional moment for me .. tears welling up every time I see it .. daughters are the best !!”

Meanwhile, Malayalam actor Manju Warrier plays the role of his daughter in the advertisement’s Malayalam version. AIBOC in the ad said that Sr.Bachchan is trying to display his honesty by saying that ‘honesty doesn’t mean when everyone is watching, rather it is about being honest when nobody is looking at you.

“But, Mr Bachchan perhaps was unaware that in the process of doing so on screen, he has made a mockery of the entire bankers’ community in the ad which is deplorable and culpable,” it said in a statement.

T 2870 – Emotional moment for me .. tears welling up every time I see it .. daughters are the BEST !! pic.twitter.com/7Jes2GDPBo

“Have they (Kalyan) done anything worthwhile for the society? Have they served the interest of the common man as banks did? Have they ever taken up any social cause as banks took up? Is it fair on their part to maim the banks for their personal gain?”

Meanwhile, Twitteratis are too against the ad and are slamming Amitabh Bachchan, Check out their reactions:

@SrBachchan pull down the Kalyan add n seek an public apology from bankers .

Dear Mr. Amitabh Bachchan. I am a die-hard fan of yours & see you as a gentleman. But of late, you have been doing certain Ads which are not in good taste. Your recent Ad for Kalyan Jewellers portraying Bankers in bad light is very disgusting. Pl. withdraw it immediately.

@SrBachchan Sir, please take into consideration your admirable image and real working condition of a banker before you get into any act just like Kalyan Jewellers adv. Please don't spoil the image of any hard working banker.
Regards.
Your Humble fan

@SrBachchan shame on You for portraying bad image of bankers.. in the Ad… You have completely sold ur soul to corporates of india ignoring the sentiments of Bankers….#bank

To promote Kalyan jewellers n ur daughter,@SrBachchan has downgraded bankers image.first there are SR citizen kiosks,no line for them,privilege banking for Sr citizens.
Atleast for some money dnt demean bankers.ironically u promoted some bank in past commercial ads too