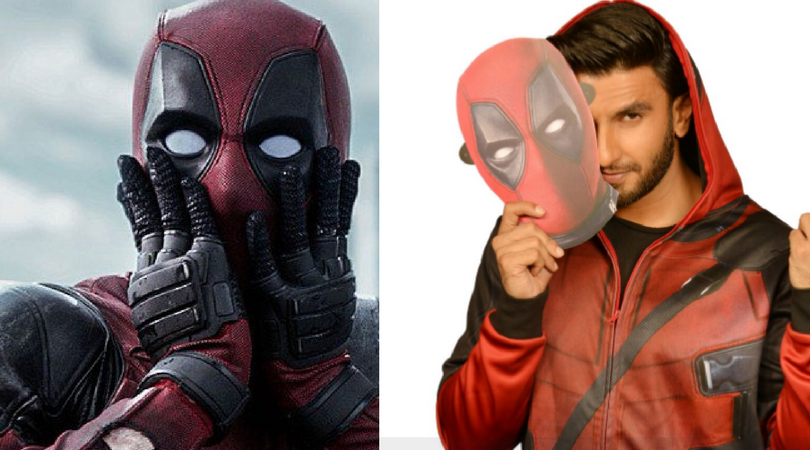 We all are excited to watch our favourite star Ryan Reynolds as a superhero in ‘Deadpool 2’ who loves to deliver the quirkiest lines while thrashing his enemies. As the first film first film in the franchise was a great hit Fox Star Studios desires to make Deadpool 2 a bigger success.

Meanwhile, the movie has already created a great buzz all over the world as it promises to pack a bigger punch. Further, the Hindi version of the popular Hollywood flick has been awarded A-certificate, because the filmmakers have retained the irreverent tone of the English movie in which the lead character Deadpool is seen using cuss words to increase the impact of humour.

Moreover, there is some more good news for the Bollywood fans as our own Gully Boy Ranveer Singh will be seen dubbing for the title character in the movie’s Hindi version.

Specifying the reason behind choosing the 32-year-old actor for the movie, Vijay Singh, CEO, Fox Star Studios, said, “Like Deadpool, Ranveer, too, is known for his smart, witty and irreverent humour. He’s a daring and powerhouse actor and we absolutely relished having him on board for our biggest superhero film.”

Well! The filmmakers wanted a Bollywood star whose character has the similar traits as of Deadpool. Later, Ranveer was considered to be a perfect match as he has witty and edgy personality.

Produced by Marvel Entertainment and The Donners’ Company Genre Films, Deadpool 2 will be released both in English and Hindi version on May 18, 2018.

So, Are you excited to listen to his desi swag in Deadpool 2?