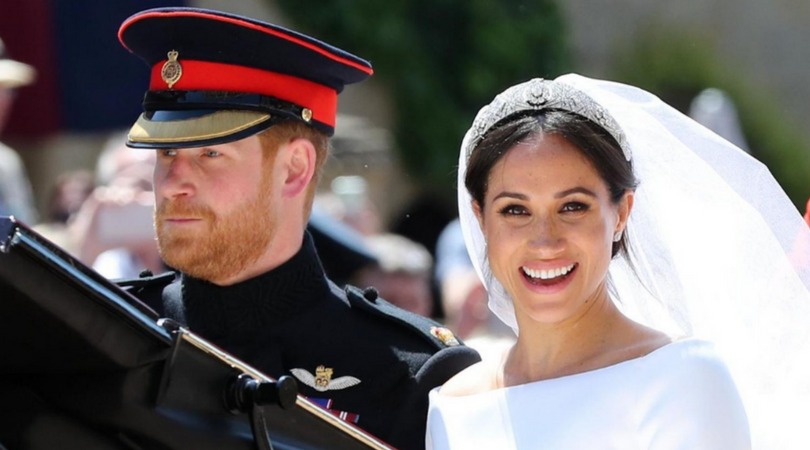 Happy Royal Wedding Day! Finally, Britain’s Prince Harry and renowned actress Meghan Markle were declared as the husband and wife on Saturday by the Archbishop of Canterbury.

The Suits star Meghan dressed in pure white, long-sleeved dress walked to the middle of the 15th-century St George’s Chapel in Windsor Castle when the heir to the throne, Prince Charles accompanied her towards his son.

Later, the couple held hands at the altar exchanging their vows to love and to cherish “till death us do part”, the 33-year-old Harry placed a ring of Welsh gold on Markle’s finger before a star-studded congregation which includes Queen Elizabeth, senior royals, and celebrities also the US media mogul Oprah Winfrey.

“In the presence of God, and before this congregation, Harry and Meghan have given their consent and made their marriage vows to each other,” said Archbishop of Canterbury Justin Welby.

“They have declared their marriage by the joining of hands and by the giving and receiving of rings. I, therefore, proclaim that they are husband and wife.”

ALSO READ: Our ‘Desi Girl’ Priyanka Chopra Looks Stunning And Gorgeous At The Royal Wedding In London. See Pics Inside

To those who don’t know, Meghan is three years older than Harry and born and raised in Los Angeles. While prince Harry is a former army captain along with a helicopter pilot as well as being sixth in line to the British throne.

After the royal wedding, Meghan became part of one of the world’s largest royal families. Meanwhile, various older traditions,  with its history back to 1066 were followed but Meghan tried to bring some modern approach and decided not to vow to obey her husband.

Well, Meghan is now the Duchess of Sussex after Queen Elizabeth had bestowed the title of Duke of Sussex on her grandson.

Meanwhile, thousands of fans were seen waving British flags and cheered as Meghan’s Rolls-Royce drove past. 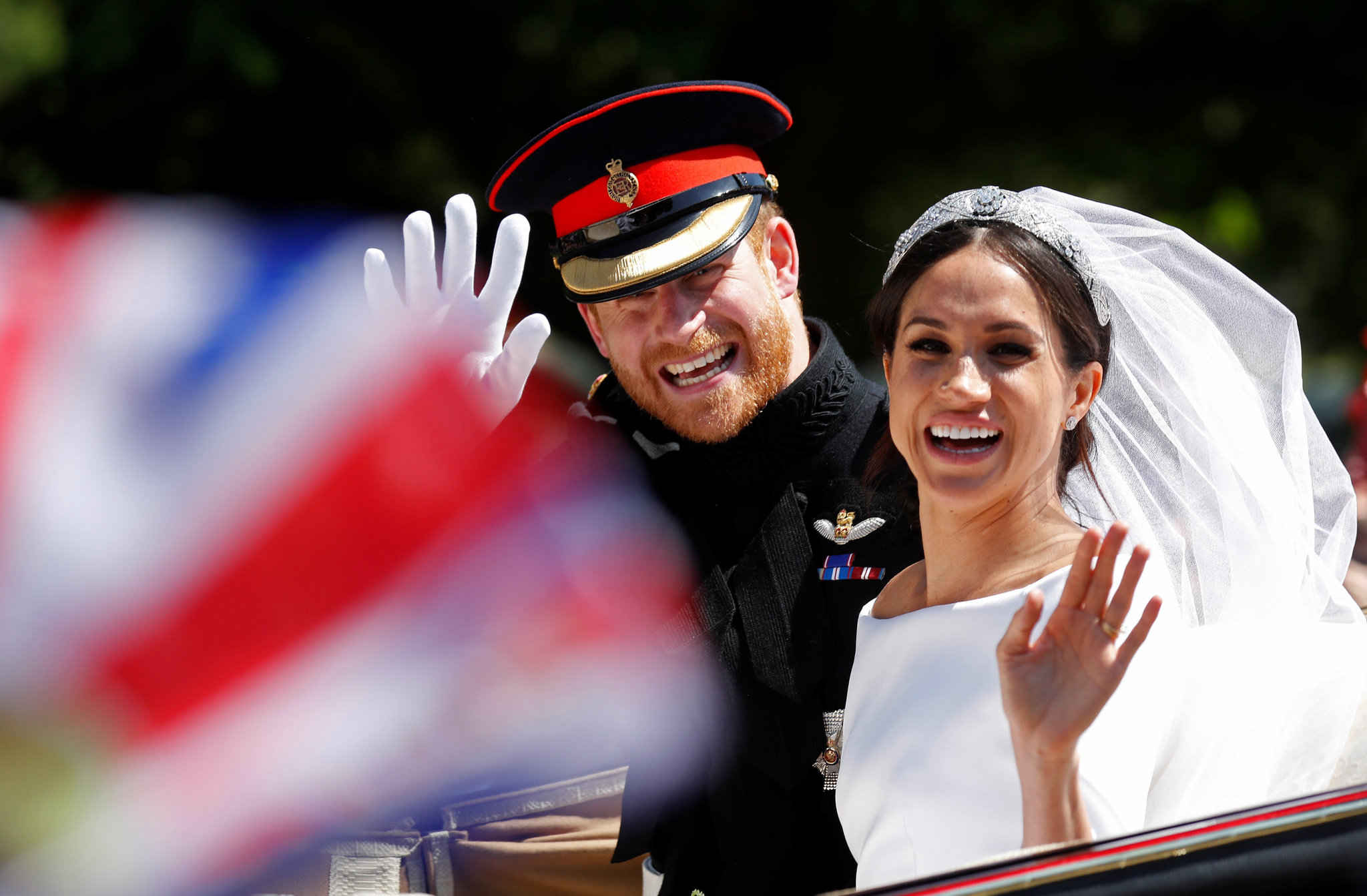 According to celebrity website TMZ, Meghan’s father Thomas Markle, 73, who is a former lighting director for TV soaps and sitcoms decided to opt out of the ceremony this week due to reported heart surgery.

Prime Minister Theresa May, who along with other politicians  invited to the wedding, sent her wishes to the couple and said,“To all of those joining the national celebration with street parties and other events, have a wonderful day.”

After the ceremony, Meghan and Prince are expected to greet some of the 1,200 members of the public who are invited into the castle grounds as they start a carriage procession through Windsor.

Now, a reception will be held in the castle’s St George’s Hall where 200 guests will join the couple at an evening event at the nearby Frogmore House mansion.

In the next week, Harry and Meghan will now carry out their first official engagement as husband and wife.

Check Out the lovely Kiss between the newlyweds:

Well, This was one of the beautiful moments when Duke of Sussex and Duchess of Sussex were beginning the carriage procession around Windsor after their Royal Wedding.

Prince Harry and Meghan Markle begin a carriage procession around Windsor after their #RoyalWedding pic.twitter.com/4iyGu3V9o0

Well, we wish Prince Harry and Meghan Markle a very happy wedding and a great life ahead.