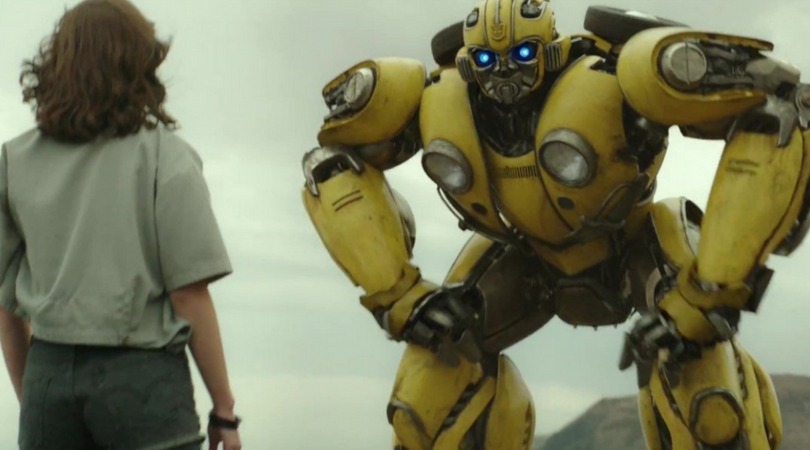 On Tuesday, the first trailer for Bumblebee which is the first in a series of planned spinoffs in the Transformers series was released by the filmmakers on the social media platforms. Written by Christina Hodson the movie Bumblebee revolves around the titular character and is a prequel to the events of the Transformers film series. Well, it’s refreshing to see so many changes.

Taking To Twitter,  American professional wrestler, John Cena wrote,”Being able to play a part in the overall history & legend of #Transformers has been an amazing experience. I hope you all enjoy what we’ve made and that we honor the fans and characters of this storied franchise.”

Being able to play a part in the overall history & legend of #Transformers has been an amazing experience. I hope you all enjoy what we’ve made and that we honor the fans and characters of this storied franchise. https://t.co/57i1UnkKEM

I can proudly say that I am NOT disappointed. These trailers were actually pretty cool. ?#Bumblebee#TheLEGOMovie2 pic.twitter.com/K4ivQHuBm3

ALSO READ: SERIOUSLY: Zayn Malik Is Coming To India For A Multi-City Tour In August, Is Your City On The List?

To those who don’t know, Bumblebee is the first movie in the live-action Transformers series which is not directed by Michael Bay.

BUMBLEBEE'S DESIGN IS SO MUCH BETTER IN THE NEW MOVIE…. much much simpler shapes, nice rounded panels, very smooth and soft looking. shaped like a friend pic.twitter.com/oHneaIf8Tt

The trailer starts with eternal words of Bobby Bolivia,  played by Bernie Mac in the first Transformers movie. His words echo, “The driver doesn’t pick the car, the car picks the driver. It’s a mystical bond between man and machine.”

Further, it was great to see Hailee Steinfeld, playing the role of Charlie, our teenage heroine. Well, when she comes across a yellow Volkswagen Beetle, she decides to drive it home but she realizes that it’s really an alien Transformer.

Well, It’s great to see Bumblebee and Charlie unite as they take on the evil men who’re after him.

While a dull performance of Transformers film, The Last Knight, Paramount seems to plot a new direction to take the franchise. It seems that they will focus on spinoffs instead of the main series.

Check out the Bumblebee Trailer in the embedded video below:

Produced by di Bonaventura Pictures and Allspark Pictures, the movie Bumblebee is scheduled to release on December 21, 2018.