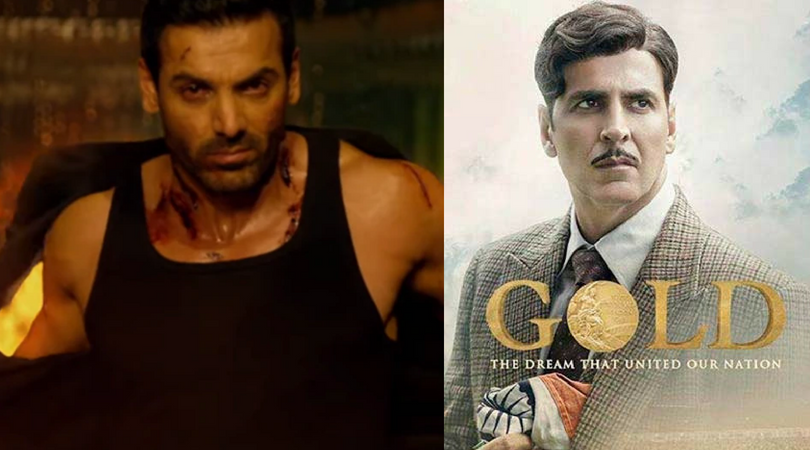 Make some noise for our Desi Boyz- Akshay Kumar and John Abraham, who are all set to rock your weekend with their high action-packed movies. This Independence day our Khiladi bhaiya has decided to set the box-office on fire with his historical sports drama Gold while Johny is high on confidence with the success of his last movie Parmanu: The Story of Pokhran and is looking for a much bigger hit in Satyameva Jayate. 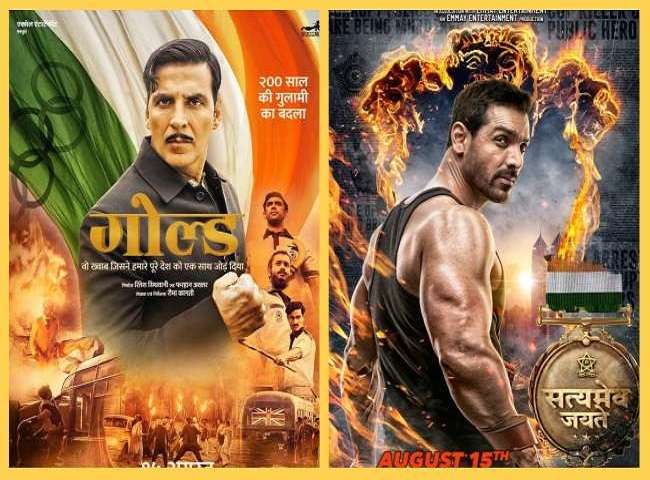 ALSO READ: Independence Day 2018: 5 Bollywood Movies That Will Evoke A Sense Of Patriotism In You

As the movies have already hit the screens  we would like to share with the reviews of these movies which you must definitely watch this weekend:

Satyameva Jayate is an action thriller movie which works on the simple premise of an angry man, who fights corruption with passion and violence. SMJ story revolves around Veer (John Abraham)  who takes on the mission of killing corrupt cops in the Mumbai police force. While an honest inspector Shivansh (Manoj Bajpayee) is handed the task of hunting down the cop killer.

At the beginning of the movie, Veer (John Abraham) sets the right tone by burning a cop alive. Well, he takes the full charge in the movie and is seen tearing up tyres and beating the bad guys to a pulp. Further, Manoj Bajpayee deserves all the praise for his act as a highly determined and honest cop while debutante Aisha Sharma has a confident screen presence but we believe that she can perform even better if she works more on her diction.

Satyameva Jayate tries to sell the age-old idea of revenge but the big booming treatment is hard to accept while the rivalry between John and Manoj’s character had an immense scope but the writing fails to explore it.

The movie Gold is inspired by true events and people, of India’s first gold medal win as an independent nation at the 1948 Olympics in London. Tapan Das (Akshay Kumar), the team manager, takes the charge to assemble the country’s first all-Indian hockey team and aims to crush the Britishers.

The movie starts in 1936 when India makes a huge impact on the world by winning its 3rd consecutive gold at the Berlin Olympics. Well, there’s no pride in sport than to see India’s flag being hoisted on an international stage.

Akshay as dhoti-clad team manager brings in a great deal of humour to his performance but he can efficiently change gears in dramatic scenes while Kunal Kapoor as a senior player and later on a coach of the Indian team gives a solid performance. Further, Amit Sadh is fantastic as the Vice Captain of the team also Mouni Roy, as a Bengali wife handles her role perfectly.

Reema Kagti through Gold narrates an insightful story which is almost forgotten or not spoken about. Moreover, the hockey matches are so exciting that you will find yourself sitting at the edge of your seat.

While trade pundits have predicted a big victory for Akki we cannot take John lightly. In the upcoming weeks, it will be interesting to see who will win this final box-office battle?