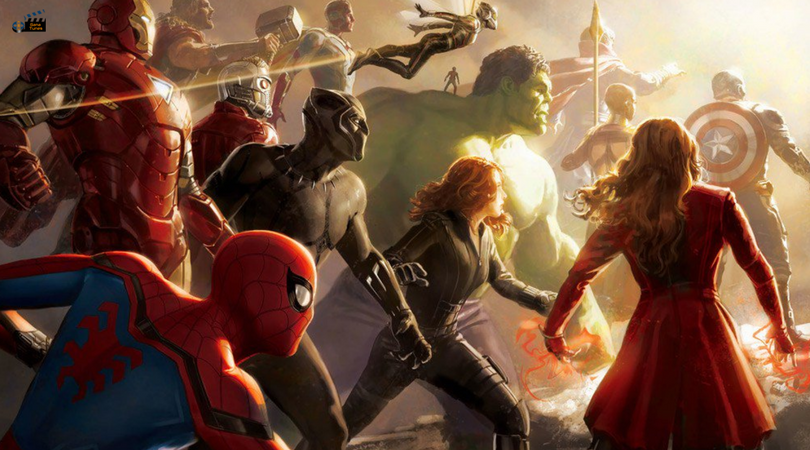 Avengers: Infinity War is definitely the most ambitious project of the industry. Well! After 10 years Marvel Studios comes up with idea of bringing up all their fictional heroes together for the first time on screen. Moreover, the movie displays 22 superheroes coming together to take on the mighty Thanos in order to put an end to the universe.

Thanos  is the most badass villain in the Marvel universe who is he is after 6 infinity stones that can provide him the power to control reality, space, time, souls, mind and power. If he gets them he can destroy the universe by snapping his fingers.

Thanos is strong to such an extent that  smashes the hulk, crushes Iron Man, tosses captain America, his bad nature also makes the audience feel good.

The best part is that all the superheroes have been allotted with a role in which they are allowed to shine while some heroes naturally become dominant over the other ones, further it seems that there is no such role which feels minor at any point.

In regard to performances, Chris Hemsworth and Chris Pratt are really hilarious while Robert Downey Jr. seems to be smooth as ever along with that the most entertaining part is the banter between Iron Man and Peter Parker (Tom Holland). Though it’s male or female it’s hard to take off your eyes away from them.

Meanwhile, Christopher Markus & Stephen McFeely’s must be appreciated for putting together the most important element in a movie of such magnitude- the screenplay. Further, the Russo Brothers take up the challenge of bringing out some magnificent action performances which are usually expected from an MCU movie. Well! It’s a tough task to make the audience glued to the screen and maintain their interest for almost 2 hours and 40 minutes but the franchise is successful in the same. Apart from that, the humour of the movie is also hard to be forgotten.

Therefore,  Russo brothers experiment to include so many superheroes in a movie has finally worked out.

If anyone believes that the superhero movies are going to extinct then wait as Marvel has already changed the rules as they are coming up with a sequel on May 3, 2019, that will prove that they are the real masters of this game.

In one word, The movie is terrific and we pray that the second part comes out soon.

So, are you ready to experience the magic of the Avengers: Infinity War?

Check Out The Trailer of Avengers: Infinity War

ALSO READ | Ahead of The Release of Avengers Infinity War: Check Out The 5 Best Marvel Movies, Which is Your Favourite?