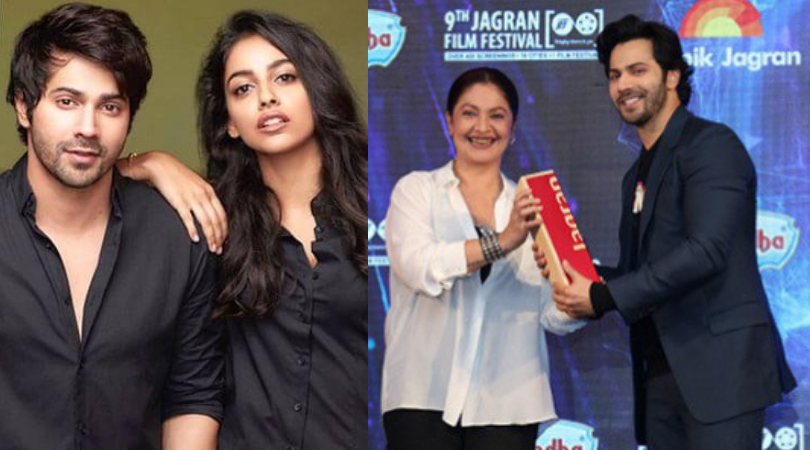 Bollywood next-gen star Varun Dhawan who had started his journey in Bollywood with Karan Johar’s Student of the Year in 2012 has now become one of the finest actors in the industry.

In his 6-year-long career, the 31-year-old actor has won the heart of the Indian audience with his performance in movies such as Badlapur,  and ABCD 2.

Over the years, the guy has also managed to garner a massive fan following for himself and is giving tough competition to the likes of Salman Khan, Shah Rukh Khan, Akshay Kumar and Aamir Khan.

Well, his acting skills are so much loved by the critics that he was honoured with the best actor award for his movie October at the 9th Jagran Film Festival.

Sharing the happiest moment of his life with his fans, Varun wrote, “Won best actor for #October. The Shiuli flower has a lifespan only for a night but I have a feeling October will live on forever @ShoojitSircar @writeonj @ronnielahiri (sic).”

Won best actor for #October. The Shiuli flower has a life span only for a night but I have a feeling October will live on forever @ShoojitSircar @writeonj @ronnielahiri https://t.co/1ODp4OgHeF

ALSO READ: Varun And Anushka’s Sui Dhaaga Or Dangal Famed Sanya Malhotra’s Pataakha: Which Movie Will You Watch This Weekend?

Meanwhile, his recently released movie Sui Dhaaga-Made In India is getting a lot of praise from the audience. Directed by Sharat Katariya, Sui Dhaaga is Varun’s first movie with Anushka Sharma and features Prime Minister Narendra Modi’s Make In India campaign.

We are really proud to see him win the Best Actor Award and we wish that he keeps on entertaining us with his movie.