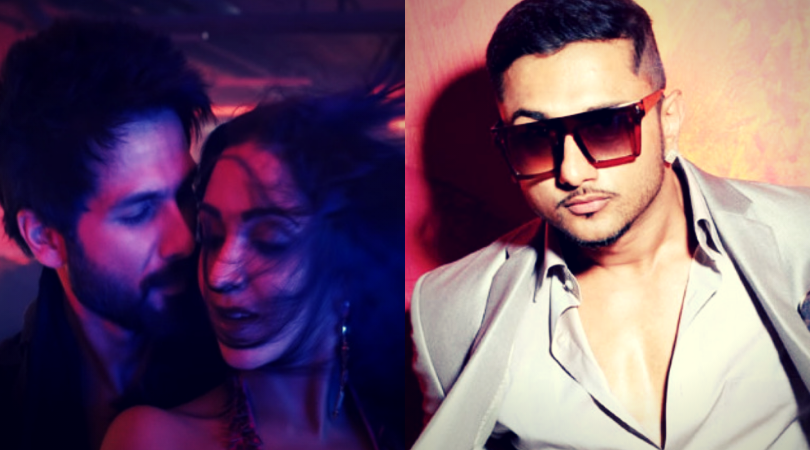 After a long wait, our favourite Yo Yo Honey Singh is back with a modern rendition of AR Rahman’s 1990’s hit song, Urvashi. Well, the music video, which is being presented by Bhushan Kumar of T Series features Padmaavat star Shahid Kapoor and Lust Stories actress Kiara Advani.

Moreover, the new song makes a perfect use of the groovy beat of the original song along with its chorus while the lyrics are new and are weird like a Yo Yo song.

Well, the music video displays Kiara and Shahid in a very neon nightclub, dancing the night away. Meanwhile, outside the club, a group of thugs is trying to steal a car. Surprisingly, we later come to know that Shahid was the mastermind behind this deed. Further, Shahid was assigned the job of keeping Kiara’s eyes on himself while others try to steal the cars. Meanwhile,  though the song is sung by Honey Singh, we couldn’t spot him anywhere in the song.

It’s time to take it easy and Watch out Urvashi Song:

Check out the original version of Urvashi song:

On the work front, Shahid Kapoor, whose last movie Batti Gul Meter Chalu turned out to be a box-office failure. While Kiara Advani who has earlier worked in movies such as Fugly and MS Dhoni: The Untold story will now be seen opposite the 37-year-old actor in the Hindi remake of hit Telugu movie Arjun Reddy.

Yo Yo Honey Singh who had earlier worked with Hrithik Roshan and Sonam Kapoor in the song Dheere Dheere was earlier blamed for ruining a popular song from the classic movie Aashiqui. Later, the song was praised by many.

Now, the video which was released on September 27 has already got over 10 million views in just 3 days.

#Urvashi is the most watched video worldwide in the past 24 hours.🤩👏

So, do you like this song? Please share your views with us in the comments section below!