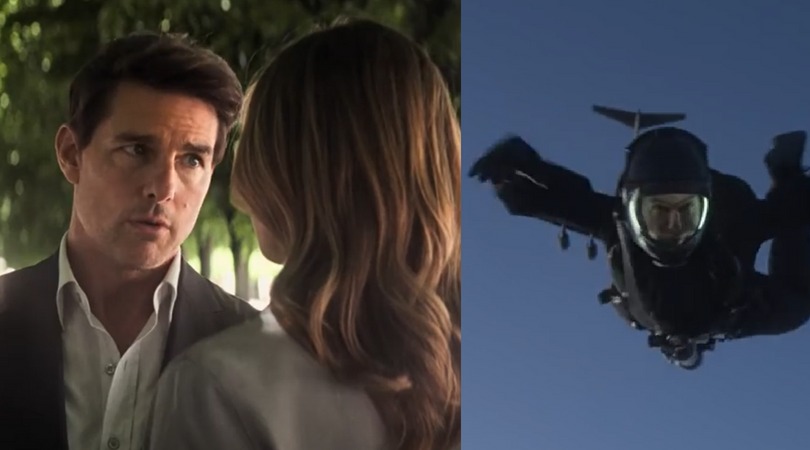 Whoa! This new trailer of Mission: Impossible Fallout is by far the best summer action movie trailer after the Avengers infinity war. Well, Tom Cruise always comes with new and exciting stunts and stories that leave the audience in a complete state of shock. Definitely, the official trailer is a joyous celebration of insane stunts and wall-to-wall action.

On Monday, the official twitter handle of Mission Impossible wrote, “This time, they have no choice but to accept. Check out the official poster for #MissionImpossible Fallout, starring @TomCruise. Trailer in 2 days.”

This time, they have no choice but to accept. Check out the official poster for #MissionImpossible Fallout, starring @TomCruise. Trailer in 2 days. pic.twitter.com/kZftyHM4Ik

ALSO READ: Another Marvel’s Masterclass, Check Out The Ant-Man And The WASP | Official Trailer

The 2 minutes 33 minutes trailer starts with villain Solomon Lane warning Ethan Hunt and saying, “There cannot be peace without, first, a great suffering and the greater the suffering, the greater the peace. The end you’ve always feared is coming. It’s coming, and the blood will be on your hands.”

It’s incredible that the man is already fifty plus and still manages to do most of the stunts by himself. Meanwhile, let’s talk about how freaking fantastic Henry Cavill looks as August Walker in this movie. It will be interesting to see the dynamics between these 2 amazing actors.

Further, the latest trailer shows Ethan jumping out of windows,  bathroom fistfight, avoiding helicopter crashes along with motorbike explosions. Well, you will see the 55-year-old superstar cheating death in the action-packed trailer.

So, have you like the trailer and do you think “Fallout” be the best film in the Mission: Impossible franchise?

Please share your views with us in the comments section below!