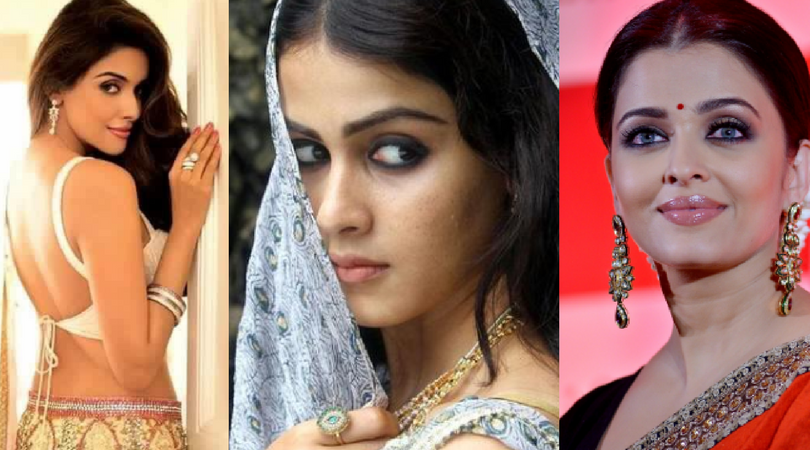 We all know that this is the most fantastic time of the year as it is the wedding season and our Bollywood celebrities lavish weddings and engagements are always considered high on the list of popularity all over the world. On this auspicious day, a bride always desires to wear a perfect jewellery which she can cherish for her whole life. Meanwhile, our Bollywood brides Anushka, Kareena, and Aishwarya are among those Indian brides who all like to wear earrings, necklace, and rings. While rings are considered to be of utmost significance in a brides life as that reminds her love for her husband. Today we would like to share 10 of the most expensive engagement rings of Bollywood actresses that will amuse you:

It is said Asin Thottumkal’s beautiful 20-carat solitaire engagement ring is imported from Belgium which costs around Rs 6 crore and was designed by a common friend. It is said that it was her husband businessman Rahul Sharma who brought her a ring in 2016.

Vidya Balan is a completely different person among her Bollywood stars as she was seen wearing an antique ring in pure gold on her wedding which usually costs around  75 lacs. Well! It was Siddharth Roy Kapoor’s love for Vidya which made him spend such a huge amount for a ring.

Sports star Mahesh Bhupati who was having dinner with girlfriend Lara Dutta in New York decided to propose her in a pure filmy style with a 4 carat ring he had designed himself for his lady. Definitely, Lara is too lucky to have Mahesh as her husband.

Rani Mukerji and Aditya Chopra belong to the A-listers in the Bollywood but the couple is too private to even let the cost of the engagement ring come out in public. Well! If you notice the picture clearly, Rani has been wearing the big huge monstrous rock since her wedding.

Riteish and Genelia are considered one of the most the cutest couple in the Bollywood industry. While the ring worn by Genelia and her smile says it all. Well!  Riteish Deshmukh has proved her love for her wife Genelia D’Souza by gifting her one of the most treasured jewelry pieces.

Can you imagine Shilpa Shetty wears a massive 20 carat solitaire which costs a whopping 3 crores? And the ring is gifted to her by none other than her husband Raj Kundra. You can check out the picture to see the ring worn by her.

Though Esha Deol’s marriage was a typical Indian arranged marriage yet the uncommon thing is the luxurious solitaire ring worn by her. she is looking beautiful, isn’t it?

Saif and Kareena are the most popular love jodis in Bollywood, the pair is always in the news for their family affairs. Wel! If Saif can tattoo his ladylove Kareena’s name on his hand then a ring is not even a big deal for him.  Well! Check out the picture below in which she is wearing a 5-carat diamond ring costs around 20 lakhs:

The wedding of Abhishek Bachchan and Aishwarya Rai Bachchan is considered to be the wedding of the last decade. Aishwarya is always seen flaunting her 53-carat solitaire diamond ring  on her hand which costs 50 Lakhs.

We all are aware of Cricket superstar Virat Kohli’s love for her wife Anushka Sharma. You will be surprised to know that the Indian skipper checking out several jewelry stores to find a perfect ring for his adorable wife Anushka Sharma. According to sources, the price of the ring was around 1 crore which is more than the couple’s wedding venue. Well! Virat has definitely proved that love is beyond any price.