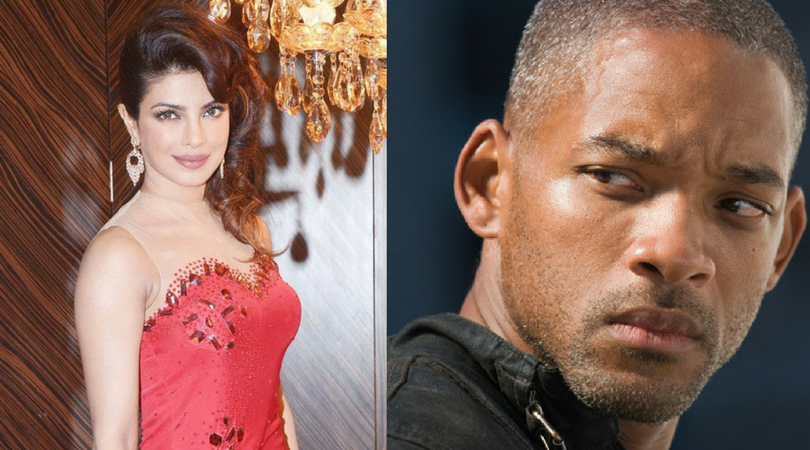 After ruling the West with thriller series Quantico and action comedy Baywatch, B-town’s Desi girl Priyanka Chopra is currently in the news for collaborating with Hollywood star Will Smith in ad-supported originals by video-sharing site YouTube.

??We're excited to announce our new slate of YouTube Originals!

While the official announcement was made by Robert Kyncl, the YouTube chief business officer at its BrandCast event in New York City.

Robert said,” We see an opportunity to evolve and dig a little deeper using the global reach of YouTube to shine a light on human stories that inspire us and make us smarter.”

According to sources, The Bollywood superstar will be seen hosting the series ‘If I Could Tell You Just One Thing,’ from Sundog Pictures. In the series, Priyanka will be seen embarking on a personal journey in order to meet the world’s most successful and inspirational individuals who are giving her advice on how to revolutionize the world.

Further, Hollywood star Will Smith will be seen in Will Smith: The Jump Off. In his new YouTube Original, the Bright star will be accepting the ultimate YouTube fan challenge to bungee jump from a helicopter in order to raise awareness for charity while the big jump will be streamed live on his 50th birthday on September 25th, 2018.

Meanwhile, Priyanka Chopra who has not returned to Bollywood after Prakash Jha’s Jai Gangaajal, where she was seen playing the role of IPS officer will now be making her comeback after a gap of 2 years. A few days ago, it was officially announced that PeeCee will star opposite superstar Salman Khan in the movie Bharat.

It seems that Priyanka is on her way to become a global star.

If I Could Tell You Just One Thing, Priyanka Chopra, Will Smith, Will Smith: The Jump Off