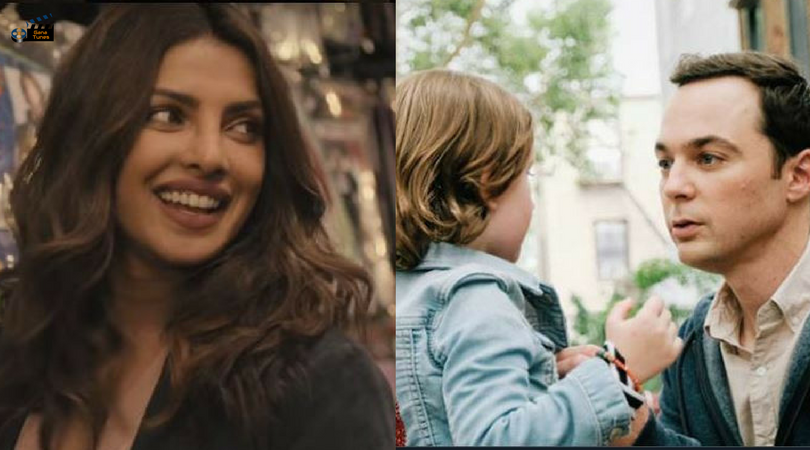 Bollywood’s Desi Girl Priyanka Chopra who had moved to the US to pursue her dreams is now coming up with her second Hollywood movie A Kid Like Jake which also stars Claire Danes, Jim Parsons, Octavia Spencer in lead roles.

The Bajirao Mastani star who had made her debut in Hollywood Baywatch opposite Dwayne ‘The Rock’ Johnson and Zac Efron was praised for playing the role of a villain named Victoria Leeds.

While with Quantico PC became the first South Asian woman to headline an American network series which comes as a great achievement for any actor.

Now the Did Dhadkne Do star is now looking forward for much bigger projects in Hollywood as she comes up with Silas’ Howards’s A Kid Like Jake in which plays the role Amal who is a close friend of the lead couple(in Parsons and Claire Danes).

On Friday, she took to Twitter to share the much-awaited trailer of the movie to her fans, she wrote, “I’m so excited to show you all the official trailer for #AKidLikeJake…with brilliant performances by my colleagues. This is a timely story about acceptance and truly seeing your loved ones as they are. In select theaters June 1st!  Watch the trailer:”

I’m so excited to show you all the official trailer for #AKidLikeJake…with brilliant performances by my colleagues. This is a timely story about acceptance and truly seeing your loved ones as they are. In select theaters June 1st!  Watch the trailer: https://t.co/nWSalWGe1n

The movie which was premiered at the Sundance Film Festival on January 23, 2018, portrays the story of lives of a young couple and their son, Jake, who is different and the challenged faced by this parents to raise their child.

ALSO READ: Priyanka Chopra lets us see what goes on behind the camera on the sets of ‘Quantico 3’

After watching the trailer one may find that Priyanka has only about a three-second appearance in the trailer. Well! This has left her fans disappointed as she is one of biggest stars in Bollywood.

Meanwhile, Check out the reactions of fans on Twitter:

A Kid Like Jake looks really sweet and thoughtful tbh. And PC has just the sort of part I was hoping she'd take up out here.@priyankachopra

Moreover, it seems that the 35-year-old star who was last seen in Prakash Jha’s Jai Gangaajal has now no bigger projects in Bollywood, as well as the directors, are also now relying on the new actress.