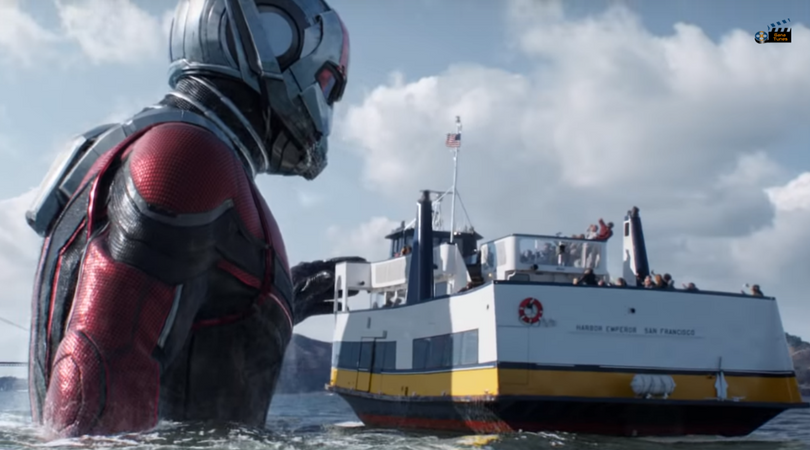 If you were wondering where were the Ant-Man and the WASP in Avengers: Infinity War then this new trailer released by Marvel will clear all your doubts. Well! It has only been a week since Avengers: Infinity War has been released but the next Marvel movie Ant-Man and the WASP is going to get released within two months.
On Tuesday, Releasing the much-awaited trailer of Ant-man and the WASP, a 20th film in the Marvel Cinematic Universe, the official Twitter handle of Marvel Studios tweeted, “Real heroes. Not actual size. Watch the brand-new trailer for Ant-Man and The Wasp! In theaters July 6.”

Real heroes. Not actual size. Watch the brand-new trailer for Ant-Man and The Wasp! In theaters July 6. #AntManandtheWasp pic.twitter.com/BmBMJWaHvU

The trailer shows Paul Rudd returning as Scott Lang(Ant-Man) while Evangeline Lilly will be seen in the role of Hope van Dyne(Wasp)  . In the trailer, Scott Lang says,”I do some dumb things,” later, he says,” The people I love the most, they pay the price.”

Also, Michael Douglas is back as Hank Pym along with Michael Peña who is back as Lang’s criminal pal Luis while the new cast includes Michelle Pfeiffer, Laurence Fishburne, and Randall Park as SHIELD agent Jimmy Woo.

Last year, Director Peyton Redd in an interview with Modern Myth Media  said, ” “For me, as a comic nerd, I have always thought of Ant-Man and Wasp as a team.”

Further, he said,” That’s a lot of what the second movie is really about–how they work together, and what their personal and professional relationships are like.”

Produced by Marvel Studios, Ant-man and the Wasp is scheduled to release on July 6, 2018, in the US while in the UK the movie will release on August 3, 2018.

So are you excited to watch the another Marvel’s Masterclass, Ant-man and the Wasp?

Ant-Man And The Wasp, Marvel Studios