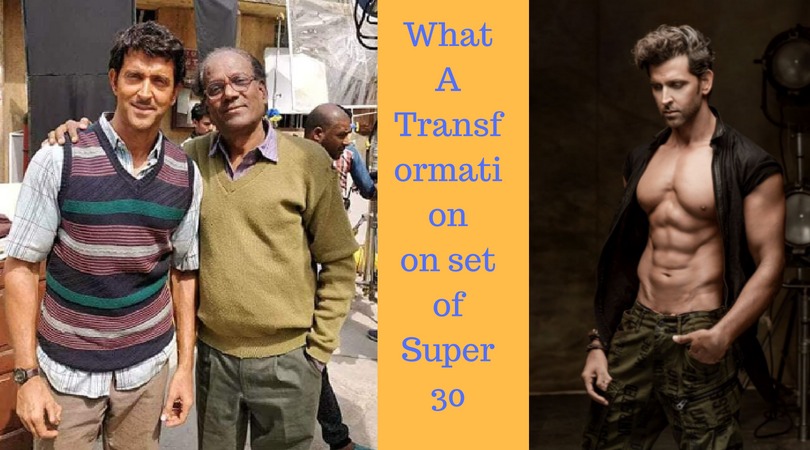 We had earlier reported that Hrithik Roshan will be seen playing the role of popular Math genius, Anand Kumar in his upcoming movie Super 30, which is directed by Mukkabaaz director Vikas Bahl. Well, our Duggu always likes to go beyond his comfort zone and try something different to entertain his audience.

Making his debut from the movie Kaho Naa…Pyaar Hai, the 44-year-old actor star has come a long way to be recognized as one of the successful Bollywood stars.

Recently, Hrithik’s new photo from the movie’s set has gone viral on social media in which the actor was seen standing along with actor Virendra Saxena.

If you check out the below picture which was shared on the Instagram you will see that the actor does not sport a beard in this picture like the earlier one. It seems that the actor is currently shooting for that part when the Patna-based mathematician had not become the star teacher. The actor was seen sporting a thin moustache and wearing a half sweater, looking charming as young Anand Kumar.

Wow! This is amazing, Isn’t it?  Check Out the picture here:

ALSO READ: Meet Hrithik Roshan- ‘The Papadwala’ from the sets of Super 30, Check out the reactions of fans on Duggu’s new look

To those who don’t know, Anand Kumar runs a popular programme called Super 30 which looks after the students from the weak financial background and helps them in preparing for IIT-JEE exams. 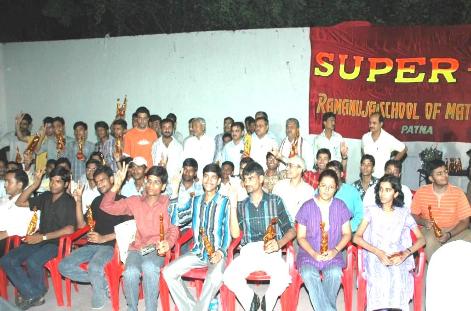 Well, the immense success of the programme has made Anand popular all around the world as many universities are now calling him for guest lectures.

Earlier in an Interview, Anand had said,“Looking at the hard work and dedication involved in the project, I am confident it will turn out to be a biopic that does full justice to the theme and the ambience.”

Praising the Kaabil, Kumar said, “Hrithik deserves kudos for mustering the courage to appear in a deglamorised look. He has also hired a speech trainer from Bhagalpur to get the Bihari accent right.”

He ended, saying, “Hats off to the star and the entire unit.”

Are you delighted to see Hrithik in this new look?