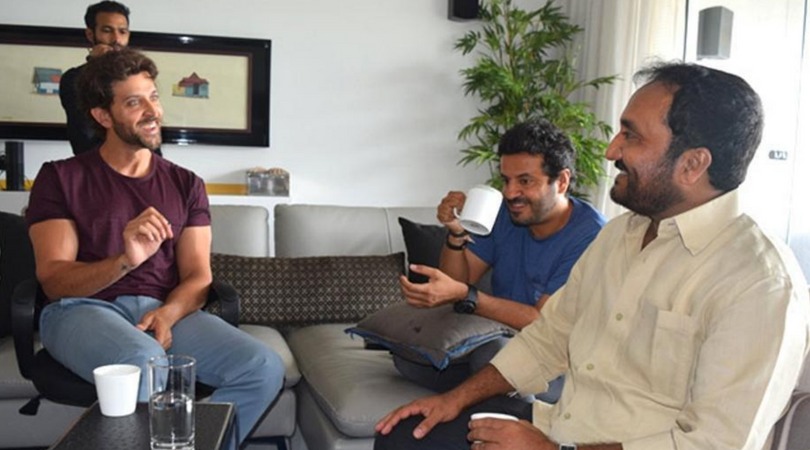 Bollywood’s Dancing sensation Hrithik Roshan seems to be delighted by the efforts of Mr.Anand Kumar, a renowned mathematician and the founder of the Super-30 institute. A few days ago, we have come to know that 26 out of Anand’s 30 students has made India proud again by cracking the IIT-JEE Advanced 2018, whose results were declared this Sunday.

In an interview, the math genius expressed his happiness and said, “This year, the result of Super-30 is a bit less than 100%. 26 out of 30 students have cracked IIT-JEE but still, I’m happy for the students and their families.”

As we all know, the Kaabil star will portray Anand Kumar’s inspiring journey on the big screen. Taking this as an opportunity the Greek-god decided to congratulate him on social media.

On Sunday, Duggu took to Twitter account to felicitate the math-genius and wrote, “Congratulations to all of you. Anand Sir you have done it again. Making the world better one student at a time. #Super30″

Have a look at what he said:

Congratulations to all of you. Anand Sir you have done it again. Making the world better one student at a time. #Super30 @teacheranand https://t.co/YED0S2LOk0

ALSO READ: Meet Hrithik Roshan- ‘The Papadwala’ from the sets of Super 30, Check out the reactions of fans on Duggu’s new look

Definitely, it’s going to be a proud moment for every Hrithikian as the superstar will portray the character of the math genius in Super 30 who provides training to 30 meritorious students from the economically backward society for the IIT entrance exam. Well, Kumar is changing the world 30 students at a time since 2002.

Meanwhile, it will be interesting to see the superstar playing a teacher on the big screen.

Indeed, Hrithik has always tried to inspire us with his movies with his movies. Don’t be surprised if Super 30 turns out be one of the most finest performances by Hrithik.  Morover, the movie was also shot for 10 days in Sambhar Lake Town which will be shown as Kota, Rajasthan.

While next-gen stars Varun Dhawan, Tiger Shroff, Ranveer Singh are attracting the audience with their aura and giving stiff competition to Khans, Hrithik’s needs to go out and deliver to show who’s the boss. Further, Hrithik’s last major blockbuster came as Bang Bang in 2014 also Mohenjo Daro was a big disappointment. Well, fans have higher expectations from the 44-year-old superstar.

Stick to this space for the latest news in Bollywood and let your friends know!