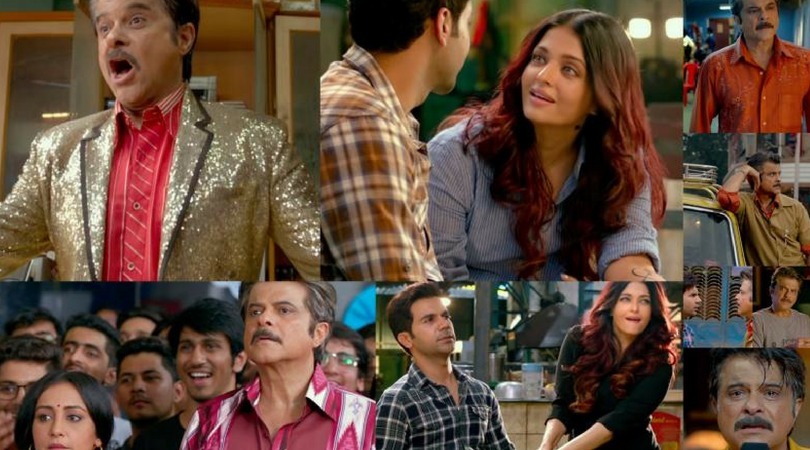 We are already excited to watch The Jhakaas Boy Anil Kapoor and  Beauty Queen Aishwarya Rai Bachchan back on the screen in Fanney Khan after a period of 17 years and guess what the trailer of the much-awaited movie is finally out on Friday. Based on remake of the Belgian film Everybody’s Famous! the movie also stars Rajkummar Rao in leading role.

The 2-minute 41 seconds trailer begins with  Anil Kapoor(Fanney Khan), a taxi driver who could never fulfill his dreams of becoming a singer and songwriter in his in his younger days. After few years, his teenage daughter shares the similar dreams also she considers  Lata Mangeshkar’s song too old also she wants her father to spend more money on her.

Meanwhile, the girl too has her own issues to deal with that includes body shaming at school, struggling to fit among her peers and the likes which makes everyone wonder if  she really is really talented enough to be a star singer.

Later, it shows Anil and Rajkummar(Adhir) join to kidnap Aishwarya(Baby Singh) who plays a pop star in the movie. Surprisingly, the story takes a comical turn when they end up kidnapping her.

Told in a popular and hillarious way, the movie portrays us how far a father would go to make his daughter’s dream come true. Indeed, we are touched by the story of the movie.

Also, check out the latest poster of Fanney Khan. Whoa! Anil seems to be wearing a mask of Thalaiva aka Rajnikanth in the movie. What is the reason behind it?

We bet the movie is going to be one of the best movie of 2018.  While Fanney Khan, which has been directed by Manjrekar, will hit the screens on August 3, 2018.

So, Enjoy & stay connected with us!

Check out all the latest Bollywood news