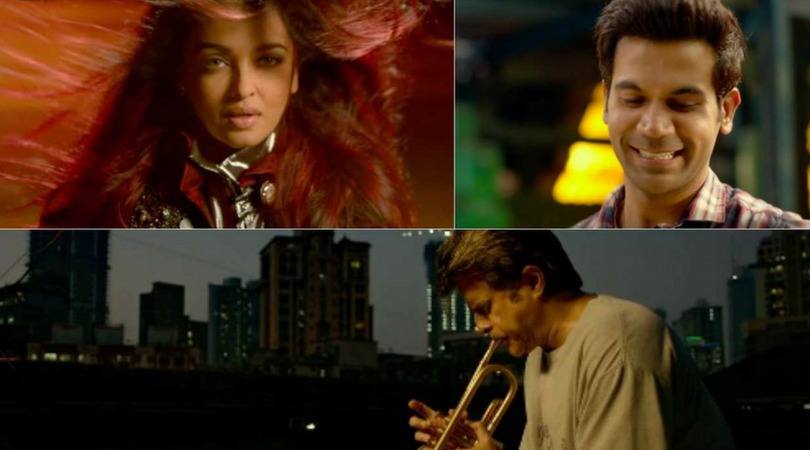 Finally, the much-awaited teaser of Fanney Khan is out and it introduces the 3 superstars of Bollywood that includes Aishwarya Rai Bachchan, Anil Kapoor, and  Rajkummar Rao. Now, it will be interesting to know who among the three is Fanney Khan.

Earlier, he had shared the much-awaited poster of the movie on the social media platform. Well, Fanney Khan has 2  dance numbers which feature Aishwarya Rai Bachchan and has been choreographed by Frank Gatson Jr. Gatson who has worked with renowned pop stars Beyonce, Rihanna and Jennifer Lopez.

Well, the teaser begins with Rajkumar Rao explaining the meaning of the term ‘Fanney Khan’. As he speaks, we see glamourous photos of Ae Dil Hai Mushkil star also we see common people aspiring to be singers and stars. In the end, Anil comes on the frame and his intensity catches our attention. Anil who is playing the role of a taxi-driver in the movie is seen blowing a trumpet sitting on his terrace  Further, he never looks into the camera but his love for music can be spotted in his gestures and sincerity.

Now, Aishwarya Rai will play the role of the singer while Rajkummar will be seen playing her love interest in Fanney Khan

It is reported that Fanney Khan is a remake of Everybody’s Famous. Well, the satirical comedy film directed by Dominique Deruddere stars Josse De Pauw, Eva Van Der Gucht, and Thekla Reuten in leading roles. Also, the Dutch movie was nominated for the Best Foreign Language Film Oscar in 2001.

Helmed by debutant Atul Manjrekar, the movie marks the reunion of Anil and Aishwarya after a long interval of 19 years. Both of them were last spotted in Subhash Ghai’s movie Taal, which released way back in 1999.

Check out the teaser right below:

Check out all the latest Bollywood news updates