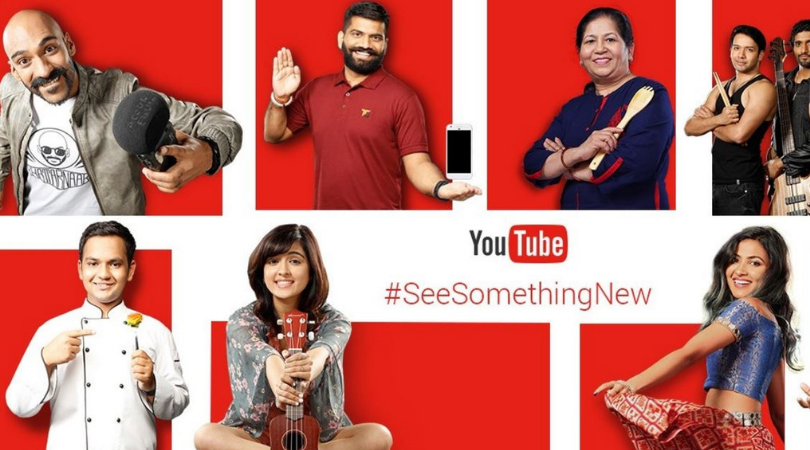 Check Out 10 Most Subscribed & Popular Indian YouTube Channels from different fields including Humor, Politics, sports, which you need To Follow In 2018

Forget the typical Indian TV soaps such as Yeh Rishta Kya Kehlata Hai, as the growth of several popular YouTube channels such as BB Ki Vines and Technical Guruji and Jingle Toons are the new source of entertainment for everyone in the era of digitalization. Moreover, various technical information along with news is also available on YouTube. We bring you a bunch of  Most Subscribed & Popular Indian YouTube Channels in our Article here.

Who doesn’t know Amit Bhadana? The popular Indian comedian who is popular for his YouTube comedy channel also named Amit Bhadana which has 10 million subscribers and over 600 million views which makes it the 20th most subscribed individual channel of India. After starting his online career in 2015 by uploading a reply video to Adele’s song “Hello” he made a dubbing video on Eminem which soon went viral. Amit Bhadana is 2nd most subscribed youtube channel in India at the moment.

After studying microelectronics at BITS Pilani-Dubai, Gaurav Chaudhary started Technical Guruji on 18th October 2015  Well, he is a security professional who does Tech Videos in Hindi with the objective of making technology “Easy to Understand”. Interestingly, in a very short time, Gaurav’s channel has gained more than 2 lakh subscribers and is 9th most subscribed tech YouTube channel.

Varun Paruthi usually makes inspirational and motivational videos,  social experiment on YouTube. Moreover, a lot of times he is helping out people who are in need of money. Moreover, these are street vendors and people with disabilities. Being one of the most famous youtube channels in India, it has over 1.3 Million Subscribers. Further, he has its own websites named bringhumanityback.com.

A Being Indian YouTube channel owned by Culture Machine Media Pvt. Ltd, Being Indian is a company founded by Sameer Pitalwalla, a graduate of the University of Westminster. Meanwhile, the humor on this channel has attracted a large number of old and young people, who after a long day of hard work want to laugh.

Sanjay Thumma’s Vahchef is the best Youtube channel in India for cooking. A passionate Indian Chef along with a founder of the cooking website “vahrehvah.com”, Sanjay Thumma is popular all over the world, especially among the Indian families residing in North America, Europe, and Australia. With more than 1500 cooking videos, VahChef youtube channel has 1.1 Million youtube followers.

Here comes, BB ki Vines which is one of the special and popular channels on YouTube. Bhuvan Bum, who had created the channel is a musician and a comedian by profession. Well, he has become the latest sensation among the people. It is interesting to see how BB Ki Vines gained so many subscribers in such a short period of time. BB ki Vines is most subscribed youtube channel in India at the moment.

ALSO READ: Mymp3song.me – How To Download Latest Movies And Songs on Mymp3song 2018

Kantri Guyz, which has over 1 lakh subscribers is one of the popular comedy content creators in India. From pranks to spoofs to comedy sketches, the group of young enthusiasts of Kantri Guyz creates entertaining and interesting videos on YouTube. Meanwhile, Kantri Guyz has won  Silver Creator Award from Youtube for completing 1 lakh subscribers.

If you are fed up of fake news and baseless  TV channels debate then you must switch to News Laundry, an Independent news agency and the promoters of free news. Meanwhile, the channel is also popular for busting the fake news which is not funded by any politician or a corporate house.

SnG Comedy is a group of professional stand up and sketch comedians from Mumbai, India. Meanwhile, it comprises Aadar Malik, Brij Bhakta, Karan Talwar, Varun Thakur, Kautuk Srivastava, and Neville Shah. With more than 6 lakh subscriber, SnG Comedy is one of the best youtube channels in India for Comedy content.

Health and fitness, a T-series run channel in collaboration with Guru Mann, who makes videos related to health programs. Mann, who is a well-built fitness enthusiast along with a nutrition expert has great experience in teaching others about how to get in shape. Further, Health and Fitness channel have over 8 lakh subscribers which makes it the best Youtube channel in India for Fitness and health.

Meanwhile, we also have Amit Bhadana, Sandeep Maheshwari, Nisha Madhulika and Tanmay Bhatt who are ruling the YouTube in India. Here meet the other famous YouTubers:

Shirley Setia is a famous Indo-Kiwi singer, performer, and performer who belongs from Auckland, New Zealand. Born in 1995, Shirley is a YouTube celebrity with over 6.5 lakh subscribers on YouTube, 689k followers on Instagram and 2.2 million fans on Facebook.

Ashish Chanchlani ki vines, one of the popular YouTube channels in India, is loved by the youths and the teenagers. Well, Ashish chanchalani is India’s first Viner and he is the one who is creating 15 secs clip for vine app. Interestingly, he started to upload the same videos on Instagram too. Further, it has over 7.6 million views on YouTube.

TVF Media Labs, which had started The Viral Fever YouTube channel in 2010 is founded by Arunabh Kumar. Meanwhile, it is interesting to know that the channel’s first web series Permanent Roommates is so far the most-viewed long-form web series in the world by June 2015. The channel which is popular for humour and drama has over 4.4 million subscribers.

The band SANAM which had started in 2013, has 4 members Keshav Dhanraj, Venky S, Samar Puri and Sanam Puri. Referred to as India’s One Direction, the YouTube Channel has over 4 million followers. Well, the Indian pop-rock band is popular for its renditions of old classic Bollywood songs. Also, it is among India’s top 10 independent YouTube Channels. Songs such as O Mere Dil Ke Chain, Bheegi Bheegi Raaton Mein, Mujhe Pyaar Karo, are among the most liked songs.

Ajey Nagar, a 19-year-old boy, runs a YouTube channel named CarryMinati. Well, the channel is popular and has over 4 million subscribers on YouTube. Well, he became popular after he had made the roast of BB ki vines, which used to make people laugh. Well, he got popular after the video got over 1 lakh viewers and now he is among the famous teenagers in India.

Meanwhile, you would be proud to know that T-series is just behind PewDiePie’s channel and is now all set to become the No.1 subscribed channel in the world.